But after a few months of holding that idea in my head, and after I allowed the reality of it to sink in, I realized I was resisting out of fear.


I was scared of the scale. I was scared of the challenge. So I took a few essays I had written already, mostly about landscape, and started to develop and re-write and expand them. Then, I started to write the first of many, many drafts of this project. Honestly, at first the book was more like a long prose poem—fragmented and lyric—far more so than it is, even now. And the work of writing it and shaping it into a readable and honest memoir became—really—a process of learning how to write prose well. 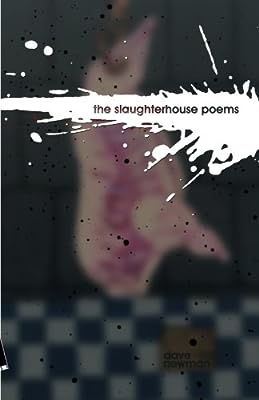 But that process was incredibly rich for me and fulfilling. I imagine it is something like learning a new instrument when you already play music.


New possibilities in tone and sound and timbre. Bill: How did you handle the question of others in your memoir? Were there any portraits that worried you as the book became public? I think the only person in the book who might have cause to complain about his portrayal is me. I try to hold myself up for a close inspection, and in some cases I end up looking pretty silly. Jeff: My best day is when the words come like water and flow unimpeded and hours go by like minutes because I am in the world that I am writing so fully that it seems to be the real world and our day-to-day world is only a dream.

Most days I put some words down and sit back and look and try to see what it is I am doing with them. And then repeat. So slowly.

Word by word, paragraph by paragraph. Like building a very deliberate wall out of very heavy bricks. Or I go back into something I have already written—revision is so much more enjoyable for me, now—and try to find the gaps or the places where I need more depth or where I am vague and unclear. This is part of the process, too, learning to read myself with the eyes of others and not assume anything on the part of the reader.

To try and be willing to see my words in her eyes and understand what I need to do to evoke the emotion I am working towards in her. This story is fiction, but based on the real lives of two of my people, Anne and William Thomson, who emigrated from Scotland to the colonies by way of Northern Ireland. I spent a time in Belfast, Northern Ireland, and at a library at Brown University doing tons of background research. I have finished a second draft.

Bill: Surely it is! Poetry, translation, nonfiction, and now fiction.

Could you talk about the differences and similarities among the forms as you approach them? What comes easy? We sip our margaritas]. Maybe if the novel really turns into something. Poetry has always been my first love and comes the easiest. I trust myself and understand—sometimes, most of the time—the moves I am making and why. Getting to that charged place of ruin we all carry within us.

And translation is another form of that. Prose, as I said, is different.

go site Things unfold slowly—both in terms of the length but also the very idea of the paragraph and the narrative arc. I wrote prose before the memoir, obviously, but it was analytical and scholarly, or rhetorical. A different kind of eye. Writing fragile taught me a lot about working in this kind of prose and I was able to translate those skills—luckily—into the novel. Jeff: Music and visual art are really important for me—especially in my poetry—I try to bring them into the world of the poem on a regular basis. The sound of word and the power of the visual image feel equally necessary for me in my work, and those qualities that I find in visual arts and music translate most fully into my poems—poetry has more elasticity to take other media into its realm.

The physicality of the natural world is important, too. Being out in it. Thinking about the vast layering of history and myth and story that lives in inside and below our consciousness. I think in my prose I am really invested in evoking place and landscape and the feel of the physical world. Not just the surface sense of things, but some deep and essential there-ness about the world and what we make of its particulars.

The first thing to wonder is, Who Is the Man? Because we are more alike than different, one can know something. It is probably true that Dave's writings are Tumultuous verbal ecosystems influenced by other worlds, other galaxies, even, but His triumph and salvation would be in writing universally and individualistically enough to be understood by other intelligent, sensitive and experienced natives, if only by inference. He, like Dali, was a surviving twin whose Art was informed by the missing Other. He had language crackling through his cortex, and shimmering from his fingertips like a St.

Elmo's fire of the soul. He occupied Poet.

By the time he wrote The Thing in Packy Innard's Place , his poems had become transmogrified into paragraphs, but his paragraphs can hardly be regarded as prose. Meter there was truly his march to a different drummer. It's fair to ask: If David Omer Bearden was so brilliant, why has he remained so obscure? Two possibilities might be that either I am mistaken in my appreciation of him, or, Dave was SO bright that he either blinded his influential peers, or scared them witless. Then again, to be lionized in his lifetime could not have been a fate that Dave would have viewed with other than horrified alarm.

He was a man at home, if not quite comfortable, in obscurity, living his life emulating Christ among the lepers. Working in the homeless shelter like a compassionate scientist, discovering a completely new specie within each Godly skin, gave him perspective. As far as talent is concerned, he would have glowed as warmly and expressed as sufferingly, in any other incarnation.

For an artist like Dave Bearden, razor-sharp feelings, and an outraged moral sense are natural fertilizer. A Rose by any other name would still be an Ace.

Dave: Psychodrama review – the boldest and best British rap album in a generation

So he worked on, the kaleidoscopic, Byzantine meanderings of an elegant mind functioning in fine balance between inspiration and intention, which are by no means the same. His imagery derived from realtime experience on the seamy side, which his poet's beatitude raised to such a transcendence that much is required of the reader. Poets sometimes explode with radiance and then die young.